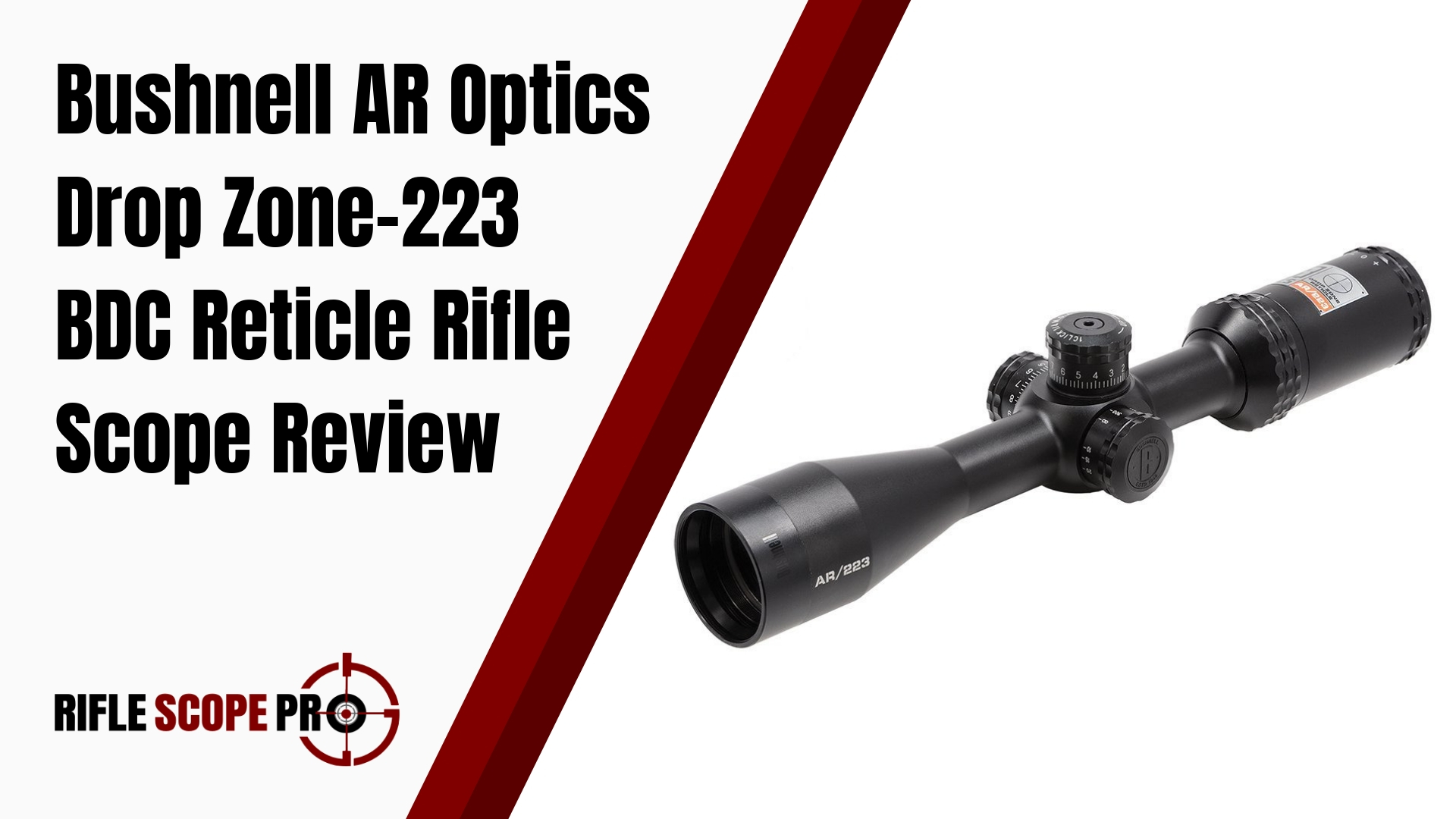 The Bushnell AR Optics Drop Zone-223 Reticle Riflescope is a good example of value and price point without skimping on the more important aspects of a riflescope. Excels at midrange accuracy with its BDC reticle calibrated for 55-62 grain. Bestowed with one of the brightest multi-coated optics on the market, a sheer value in itself.

Protected from the outside in with some of the highest quality materials available, and guaranteed for long lasting use. The downsides are few with this Bushnell, and it’s clear not only in the packaging but the overall presentations. Professional not only with the look, but also the name and quality as well.

Every effort has been made to make this scope potent for just about every tactical scenario, and it shows. Adjustments are easy to make with the 0.1 mil click value that blends in well with the BDC reticle. Great was giving to the assembly of this riflescope, and it is o-ring sealed to be dustproof and moisture resistant, while the scope itself is rustproof and scratchproof.

These are pretty heft claims for a riflescope priced at under the 200 price point, but they seem to stick very well. With some key features in this scope there were a lot of extra features and accessories left out, possibly for the worse.

Users looking for a mount and shoot scope will have troubles coping with the mount-less and featureless Bushnell AR Optics Drop Zone-223 Reticle Riflescope, even with the impressive looks and brand name behind it. There is still a lot of good in this package from top to bottom, with some nice community backup supporting it in the long run.

Close quarters accuracy is the strength of this Bushnell, although it doesn’t slack too much on long range as well. The brightness is enhanced by the above average optics and turret targeting system, all housed within superior aluminum alloy. The fast focus eyepiece is a feature in the Bushnell that is well taken advantage of in this model, and improves both accuracy and reliability.

The scope zeroes at 100 yards, with a max of 500 yards at great accuracy. There has been word that best shots occur within the 300 yard balance, but keep in mind that 500 yards is considered the max so is not the norm. The limitation is hardware based with the 1-4x magnification, so within these limits this scope has excellent accuracy.

For a more descriptive idea of what it offers, the Bushnell AR Optics Drop Zone-223 Reticle Riflescope is a 1-4x24mm, reticle is drop zone-223 BDC, with a tube diameter of 30mm. The BDC reticle does not lose focus when changing the magnification, and the amount of light that it captures is acceptable for a scope of its caliber.

Both elevation and windage does a good job of not being a hindrance to the shooter, although it is nothing spectacular. As far as clarity easily beats out scopes of a higher price margin, with optics that are both clear and easy to manage. For scopes in the 1-4x magnification range, the Bushnell is hard to match.

The BDC reticle is quite impressive, and is a Drop Zone-223 that excels at mid-range precision when calibrated for 55-62 grain. Turrets are easy to adjust and have a 0.1 click value, proving that even a scope in this price range does well with the extras.

The aluminum alloy is an anodize-finish, all of which grants its rustproof, waterproof, fog proof, and scratchproof moniker. Weighing in at 16.9 oz. it also measures at 9.5 in length, for one of the heavier scopes on the market. One of the best riflescopes on the market to zero, and can be done in less rounds than most. Even in adverse conditions it manages to stay at zero more oftentimes than not, and can be considered a pretty well-built scope for the price.

The eye relief with this model gives a noticeable zone for seasoned shooters, but may irritate those new to the game. The size is a bit bigger than most scopes, though not overly huge, but works to the advantage of the shooter in this case.

Lenses used are of top Bushnell quality, and the clarity does not go unnoticed. For those that care the matte finish is one of the prettiest they’ve made, and holds up well even with heavy wear and tear. No huge manual to go through, the Bushnell AR Optics Drop Zone-223 Reticle Riflescope is a true mount and use scope with easy to adjust controls and features.

There aren’t many accessories to mention on this model, especially since it does not come with a mount. It does come with a protective lens cap, pretty much a default and nothing special. This scope is another that won’t beat you over the head with extra features, and is just meant to do what it’s supposed to do out of the box after the initial zero in.

Basically inside the box is a scope, instructions If needed and that’s it. Anything beyond the bare essentials was not meant to be a part of this scope, and that also includes extra software ballistics apps found with most Nikon BDC riflescopes.

It can’t really be a true knock yet since it is a not the norm, but a scope of the caliber of this Bushnell would have really benefited from a ballistics software program like the one found with Nikon products. Although it nails the essentials in both features and packaging, the next level features would have still been a welcome addition.

As mentioned before, the Bushnell AR Optics Drop Zone-223 Reticle Riflescope is pretty featureless and is the bare essentials only. There is no special software program to turn to that takes advantage of this scopes superior clarity. There is also the limitation of only 1-4x magnification, although that can be overlooked because of the considerable quality of the lens.

Low or extra low scope rings are limited based on the actual hardware in hand, as the scopes erector cap assembly was put in a very bad place to accommodate them. This is an extra heavy scope at 16.9 oz. that at first use won’t seem like a lot, but on extended use can really wear down a shooter and thus affect accuracy.

Lack of an included mount is another headache, and type and weight has to be accounted for when springing for one. The lack of side focus along with no battery powered illuminated reticle may be a deal breaker for those that need the features, as beyond the basics this Bushnell just can’t deliver.

The drop zone reticle is a great feature that may end up being useless to some shooters, based on use. When shooting in multiple positions, the optics become more of a mess than they need to be.

There are not a lot of good scopes in the 1-4x range that just work, without any headache on the users end. But the same pro of the Bushnell AR Optics Drop Zone-223 Reticle Riflescope is also its biggest fault. It does little to stand out of the pack from the rest of the market with the same features, and with scopes that offer more features as well.

It’s not a bad scope, but it isn’t particularly a must have scope for any user. The lack of mounts and the overall weight complicate things for the average shooter, and can quite possibly be the downfall of anyone considering purchasing this as their main, or even secondary scope.

Lack of bells and whistles shouldn’t be a judgment, but in this particular case with scopes on the rise and containing so many buffs, it’s hard to look at this Bushnell and be underwhelmed-especially when looking at the rest of the product line.

It may not be a must have item but it is still a solid buy for the average shooter, and at a decent price. The clarity in the lens should push many to make the purchase, even if lacking in other areas. But for those that are looking for the complete packaged or even something to be excited about, they will probably go elsewhere.

This is in the same series of RMR that comes with the Trijicon Acog, by itself just for users who… 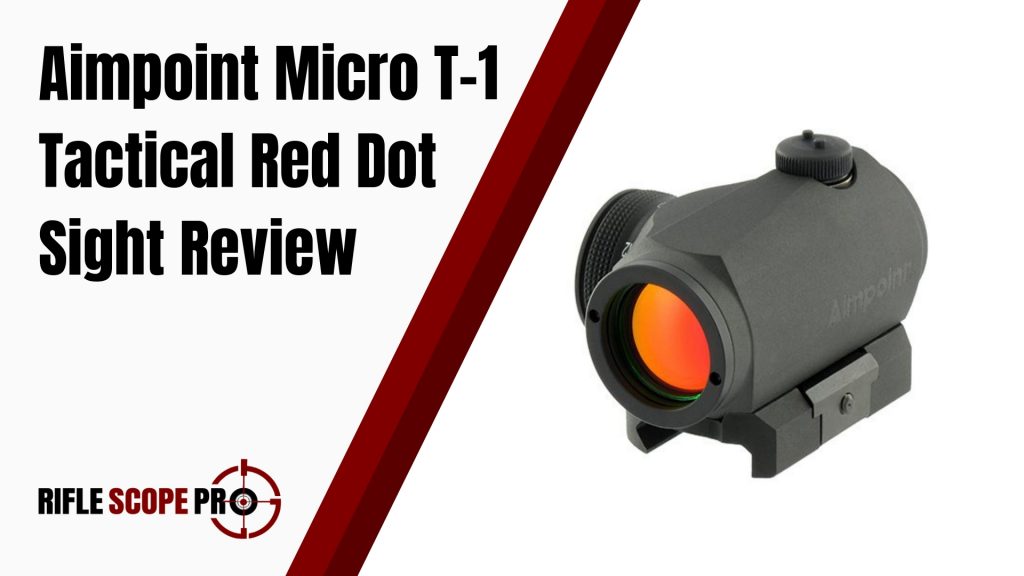 When it comes to red dot sights that are built for adverse conditions, the Aimpoint Micro T-1 Tactical Red Dot… 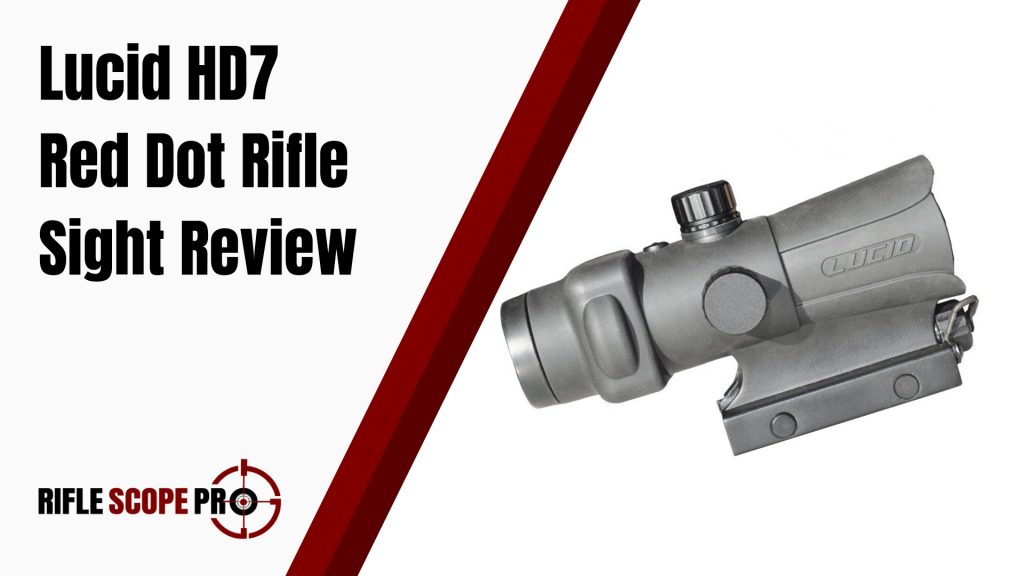 The LUCID Red Dot is a low priced, simple and straightforward red dot scope with a set of interesting features… 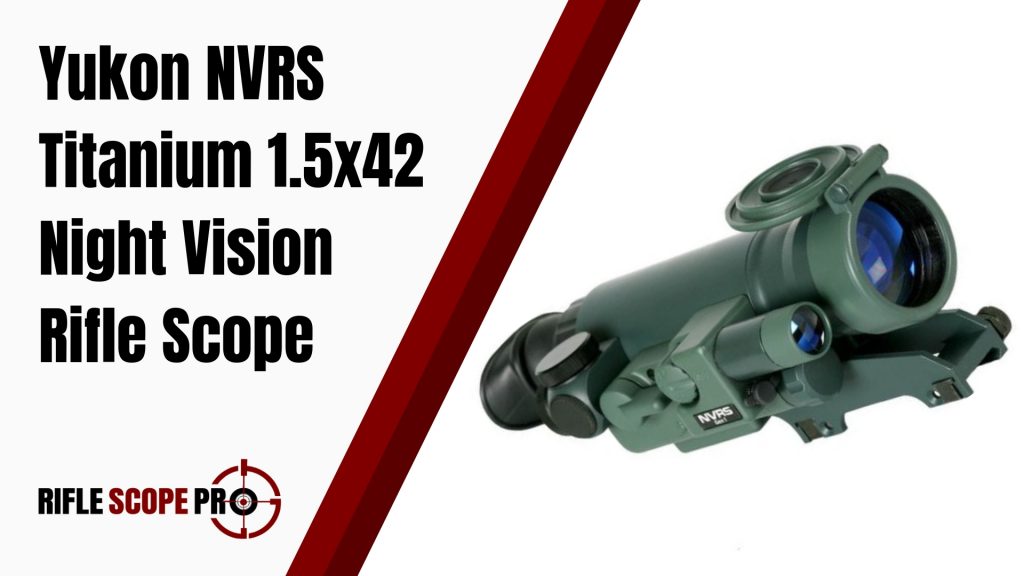 Yukon NVRS Titanium is built to fit your needs in just the right way. The body is made of durable… 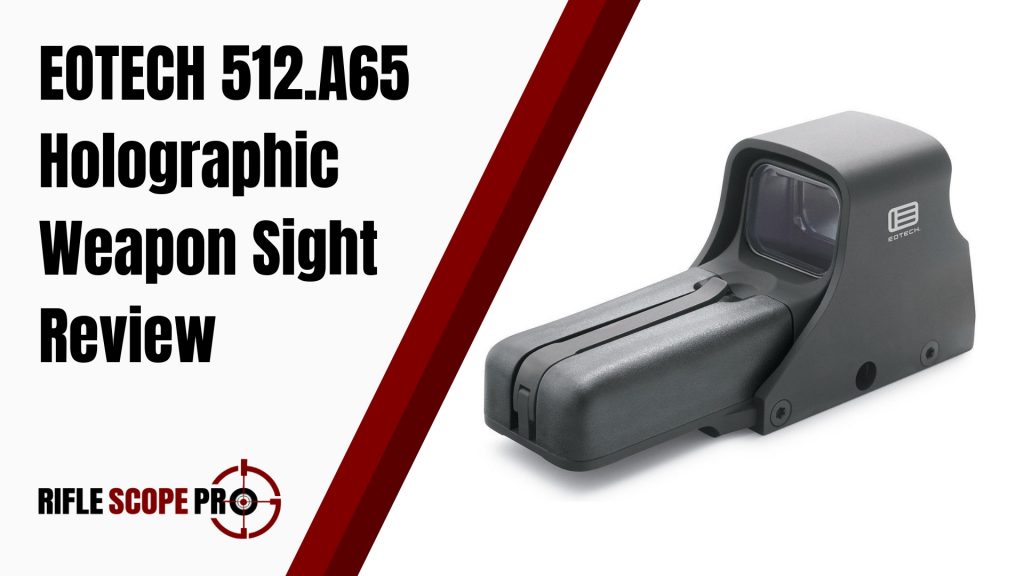 On the higher end of the scopes list is this holographic sight from EOTech, a high end and high priced…